Financing The Next Generation Of Sustainable Infrastructure 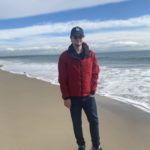 Our aging infrastructure is in dire need of an overhaul and has been for some time. Seven years ago, the 2013 ASCE Report Card for America’s Infrastructure revealed the system was in need of $3.6 trillion in improvements, requiring an additional investment of $200 billion a year between then and now to catch up. The same report graded America’s infrastructure as D+. Unfortunately, we have not yet come close to making this happen — as evidenced in part by the same grade delivered in 2020’s report.

Our aging infrastructure is in dire need of an overhaul and has been for some time. Seven years ago, the 2013 ASCE Report Card for America’s Infrastructure revealed the system was in need of $3.6 trillion in improvements, requiring an additional investment of $200 billion a year between then and now to catch up. The same report graded America’s infrastructure as D+. Unfortunately, we have not yet come close to making this happen — as evidenced in part by the same grade delivered in 2020’s report.

Despite the prominent role on the world’s economic stage, the U.S. lags behind many other nations when it comes to infrastructure that meets the needs of a growing population. While there has been sporadic progress in certain areas of the country, the process has been somewhat inconsistent and unevenly applied, benefiting areas where financing and political will are well established, while leaving other areas further behind. Part of the reason for this is that the U.S. lacks a central source of financing for infrastructure improvement and modernization. Unlike Europe and Asia, which prioritize and provide centralized funding for such projects, the U.S. relies on a patchwork of cooperation among public and private sources. Given the pace of growth both in the U.S. and globally, a piecemeal approach is no longer sufficient to meet the economic demands of society. An integrated U.S. infrastructure plan is needed now, more than ever.

How To Make This Happen

In 2015, it was estimated the world needed to invest near $50 trillion in infrastructure by 2030 in order to keep up with economic growth. To make the most of the investment, the infrastructure must take advantage of the latest in solutions that are green and resilient. Despite willing investors and technology innovation that is ready now, it’s the existing business models keeping projects from being funded. A new approach is needed to accelerate investment into infrastructure.

As part of the solution, the private sector is stepping up with interest in sustainable and infrastructure-related projects continuing to surge. Institutional investors, such as pension funds and insurance companies, look at infrastructure assets as appealing due to the long-term, inflation-hedged revenue streams. Similarly, ESG and other forms of socially responsible investing have captured the interest of retail investors, both for their value and objective-driven appeal. Beyond equity, credit-worthy infrastructure projects often easily obtain financing from commercial banks.

Time And Time Again, Solving Supply Chain Issues Circles Back To One Thing

Mortgage Rates Will Spike If the U.S. Defaults On Debt, Moody’s Report Finds

With so much investor interest in sustainable infrastructure, there is no reason for the U.S. to be lagging behind on this front. Sustainable cities must be made a bigger priority as we seek to “future-proof” our planet, especially considering 95% of our population is packed into 10% of our land area.

The problem is not so much the availability of capital as it is fragmentation. The funding is out there, but bringing together disparate parties to form a consistent, coordinated flow of ongoing funding for U.S. infrastructure needs is an entirely different story. A consortium approach is one that can help provide necessary funding for smart cities and other key infrastructure projects.

Moving Toward A U.S. Infrastructure Bank

The good news is that a centralized source of private funding for U.S. infrastructure needs is very possible. One approach — which I consider ideal — lies in the formation of a U.S. infrastructure bank, which brings with it the potential to overcome many of the existing challenges in infrastructure financing. Infrastructure banks are structured to utilize seed capital in order to lend money for projects before recycling the repayments in a revolving loan fund to continue financing new projects. Its operation is intentionally self-sustaining to provide funding opportunities in perpetuity. Beyond funding projects, an infrastructure bank can also help facilitate more financing from the private sector, while maximizing job growth, environmental goals and support for industries such as energy, water or transportation.

As the world begins to recover and reopen after an unprecedented year, it is time to tackle some of the critical infrastructural needs that have been neglected for too long. Updating our aging cities and infrastructures requires fresh solutions to old problems, and I believe that starts by rethinking the financing process.