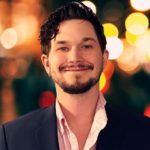 As demands for climate change action grow, business leaders have both a humanitarian and economic duty to take action. As a Member of Parliament of the United Kingdom Sebastien Coe said, “This is not going to be business as usual. This is business unusual.”

Climate change poses not only an existential threat to the well-being and survival of humanity but also creates new and devastating risks and challenges for businesses and the economy. These risks have the potential to drastically increase the cost of doing business, disrupt global supply chains and create billions of dollars in damage to infrastructure.

The Intergovernmental Panel on Climate Change (IPCC) released a report on August 9, 2021. UN Secretary-General António Guterres described its findings as nothing less than “A code red for humanity. The alarm bells are deafening, and the evidence is irrefutable”.

He noted that the internationally-agreed threshold of 1.5 degrees above pre-industrial levels of global heating was “perilously close. We are at imminent risk of hitting 1.5 degrees in the near term. The only way to prevent exceeding this threshold is by urgently stepping up our efforts, and pursuing the most ambitious path.”

The findings of the report were undeniably grim, however, it also provides an impetus to spur action, as “Strong and sustained reductions in emissions of carbon dioxide (CO2) and other greenhouse gases would limit climate change.”

While climate change policies are being adopted by governments and international bodies, more aggressive action must be taken by the corporate world as well if we are to achieve any meaningful reduction in climate change.

If averting the growing threat climate change has to humanity is not sufficient impetus for business leaders, then future-proofing their own enterprises, then generating new opportunities for revenues and growth should be. Climate change-related risks for businesses are considerable- increased costs of doing business, disruptions to global supply chains, damage to critical infrastructure and coastal cities, compromised crop production, and heightened climate change-related geopolitical risks being only a shortlist of new factors that must be addressed.

In addition, with growing investor activism resulting in demands for pension and investment funds to divest from fossil fuel and other polluting industries, a booming appetite amongst investors for green investments and growing calls for corporate transparency on pollution and emissions, companies that choose not to adapt or be part of the solution do so at their own peril.

The green economy, with innovation and technological advancements at its forefront, is driving growth and job creation. Over the next decade, millions of new jobs are expected to be created globally due to new climate policies and commitments. In fact, the International Labor Organization (ILO) estimates that 24 million jobs worldwide could be created by the green economy by 2030 alone. Another notable trend is the shift away from oil and gas jobs and the surge in renewables and environmental roles. According to a World Economic Forum article, “In 2015, the ratio of US oil and gas jobs to renewables and environment jobs was 5:1, but by 2020 this ratio had inched closer to 2:1.”

This growing green wave brings with it new opportunities to participate in economic activity that contributes to a greener, more sustainable planet. While government action is critical to address climate change, the corporate world has an even larger role to play in being part of the solution.